LATUA Project has focused primarily in developing the career tracking system in Finnish universities, where the national network of career services (Aarresaari) has been conducting in cooperation graduate surveys and collecting career tracking data for over 10 years. Career tracking includes surveys for Master’s degree graduates five years and PhD graduates two to three years after graduation. In addition, some universities collect data also one year after graduation. 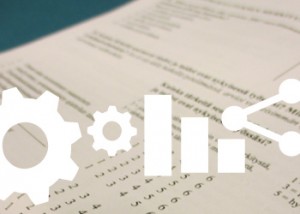 LATUA interviewed 50 previous or potential users of career tracking data at the universities to gain information on current needs and wishes on the contents of the survey, as well as on the ways and forms they would want to access the information.

Most common situations and possibilities for the information utilization were recognized and categorized and various user profiles for career tracking data created.

The contents of the survey were analyzed based on the knowledge of current trends in the labor market and the feedback from respondents of previous surveys.

Questions were updated based on expert workshops, questionnaires and international comparison in close cooperation with the developers of graduate tracking for Polytechnics and Toissa.fi website.

LATUA created a centralized and more systematic procedure for planning and conducting
the surveys in 2016 and further developed it with the surveys of 2017.

Analyzing, Reporting and Utilizing the Results

The underlying goal of the development process was to strengthen the quality of the data and to increase the utilization of the results by responding to the current needs of information in universities and its interest groups.

Additionally, LATUA has developed a software for administration of higher education internships that will provide systematic information on internships, employers and funding. The software also enables collecting feedback from employers on skills and knowledge needed in the future working life. The feedback provides comparable data with career tracking surveys.

LATUA project has been conducted in co-operation of four Finnish universities: University of Tampere (coordinator), University of Helsinki, University of Turku and Åbo Akademi. The Aarresaari network has also provided an expert group to further support the work. The Project was implemented from April 2015 to March 2018.

Universities and polytechnics have been developing graduate career tracking through three nationwide ESF-supported projects. The main objectives of the projects were to develop existing graduate surveys of the universities, establish a graduate tracking model for polytechnics and to improve the access and usage of the career tracking data at the higher education institutes and in the web service toissa.fi with emphasis on career guidance.